Meet the members, see the field and check out the flying action. Lunch provided for a small donation.

A great place to bring the family.

Entrance to the field at the corner of Papermill Rd and Smith Mill Rd.

Eric shared these great pictures!  Awesome shot of the launch! 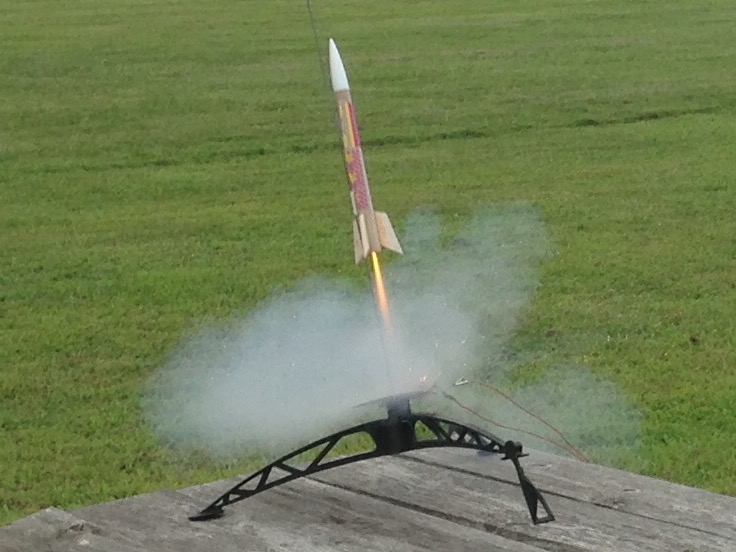 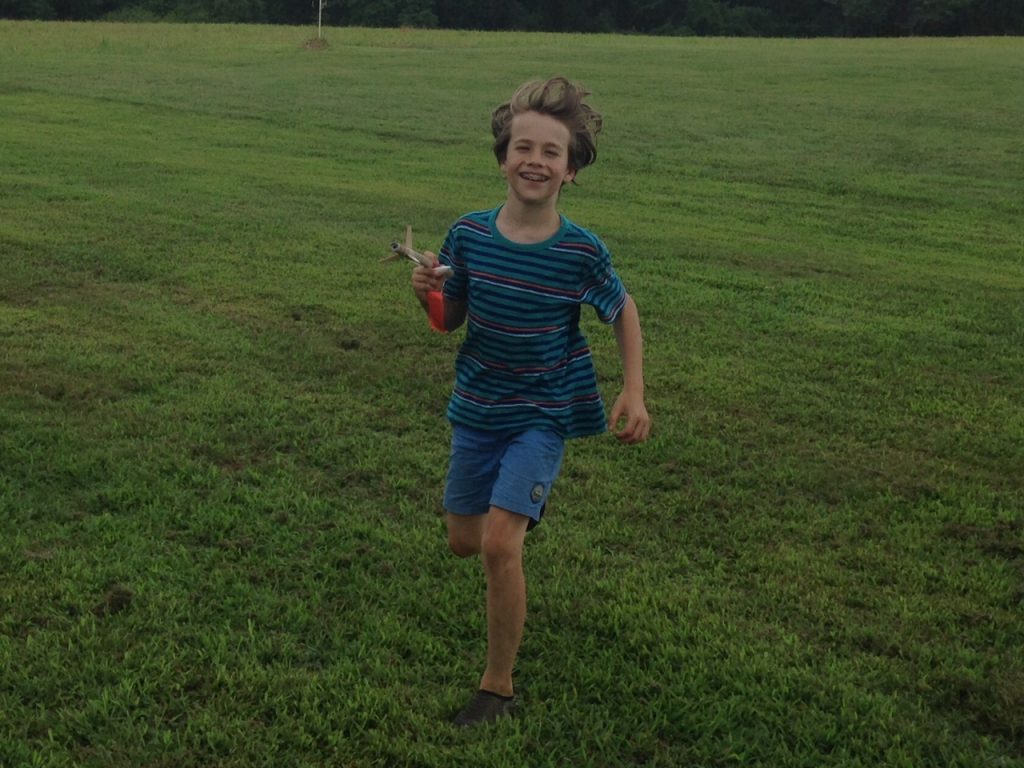 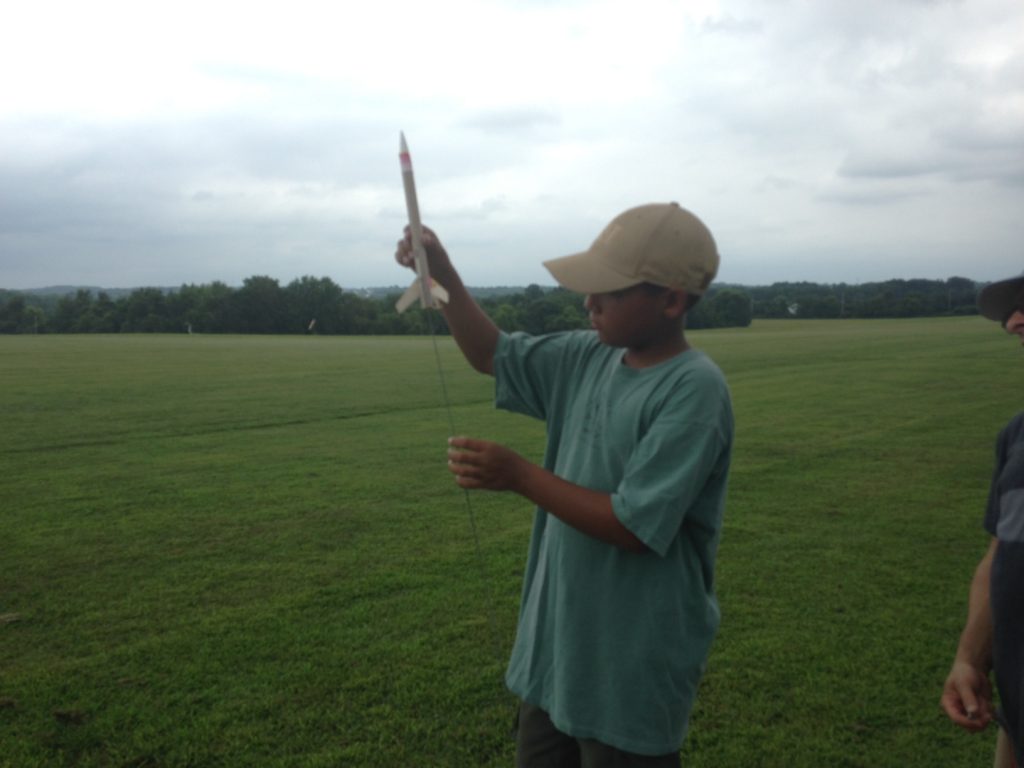 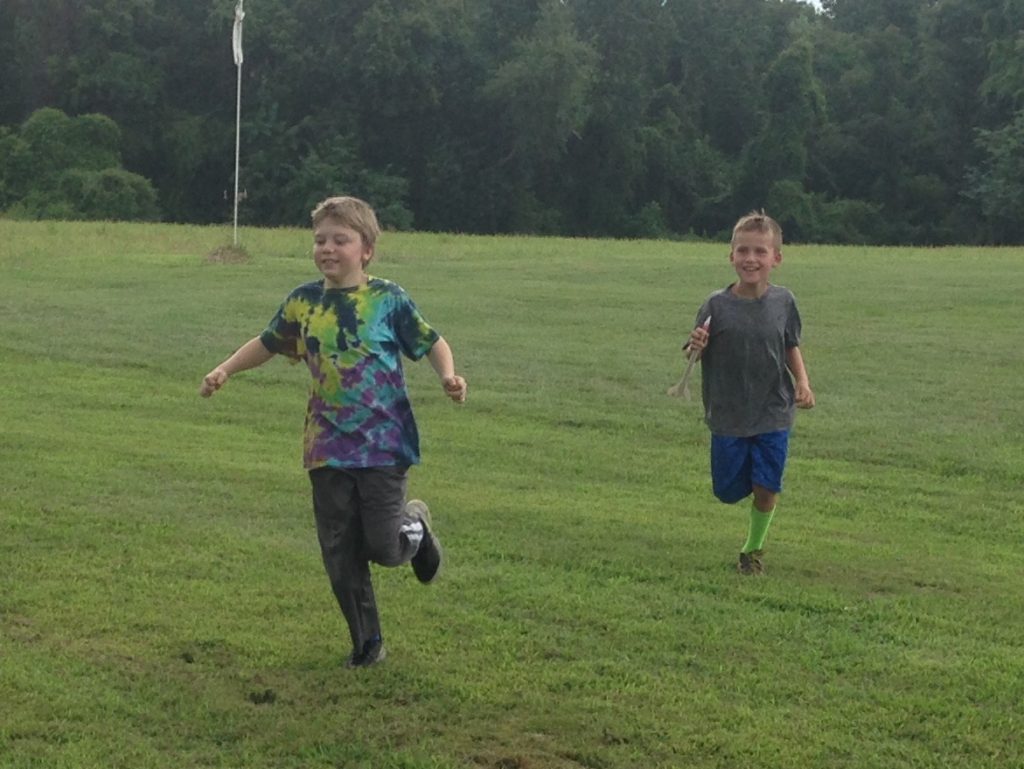 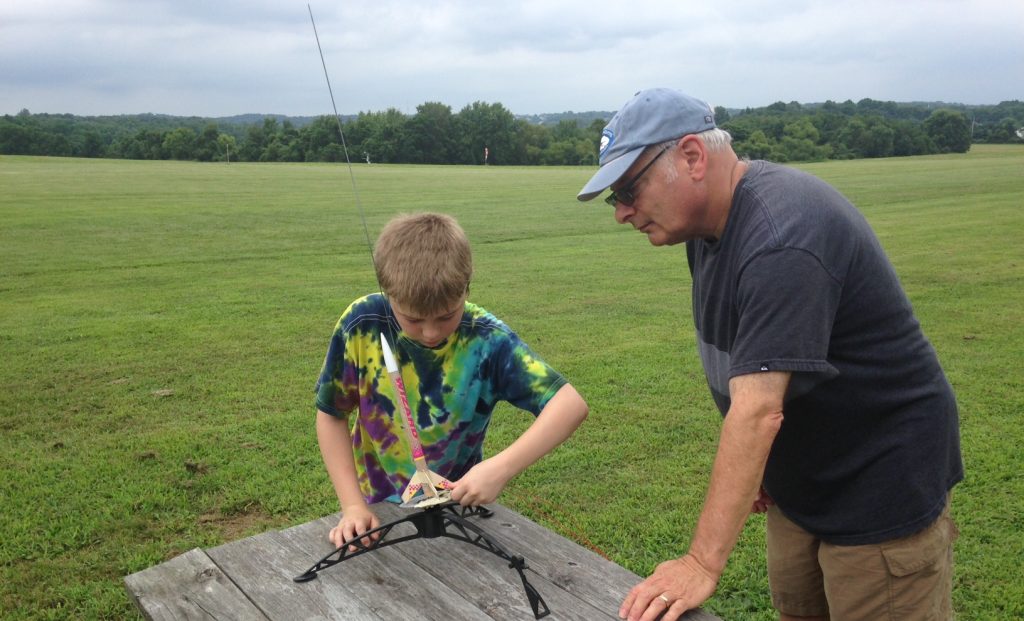 We had three activities planned:

The RC computer simulator was a big hit as expected. The kids were very computer literate and didn’t need much help getting up and running on the sim. Of course Mike Martin was there to get the kids checked out on the sim and then stand back.

We had a buddy box setup and the plane was airborne for two hours, only landing to change batteries. Ross Carson’s friend, Bill Bruckman (who is a member of the Cloud Nine RC club), lent a hand and is an excellent instructor. The kids were very rough on the controls at first but after five minutes they were steering the Vista EP (aka: powered glider) around the sky like old hands. A couple said they were going to petition their parents for an RC airplane!

Bill Bruckman also put on a 10 minute demonstration with his giant biplane, The Beast. He said he’d been flying acro for 20 years and it showed.

Finally John Powell and Newt Bollinger braved the heat for two hours straight helping the kids fly the rubber powered Delta Darts that John built especially for the occasion. John built 16 of the Darts for the kids to fly that were then given away for the children to take home. Let me say that again: John built sixteen Delta Darts for the camp! What an effort. The kids were charmed by rubber-free flight and, thanks to Newt and John, they all got their planes trimmed and flying.

The few hours of Camp Awesome that the SKSS hosted was a huge success. In addition to being a lot of fun it shows that the Silent Knights are a worthwhile part of WCCSP. Thanks to John Powell, Newt Bollinger, Ross Carson, Mike Martin and Bill Bruckman for making it happen.

It was a long two hours in the August heat. But watching the youngsters learn about aviation in a hands-on setting is it’s own reward. They had so much fun and so did we. 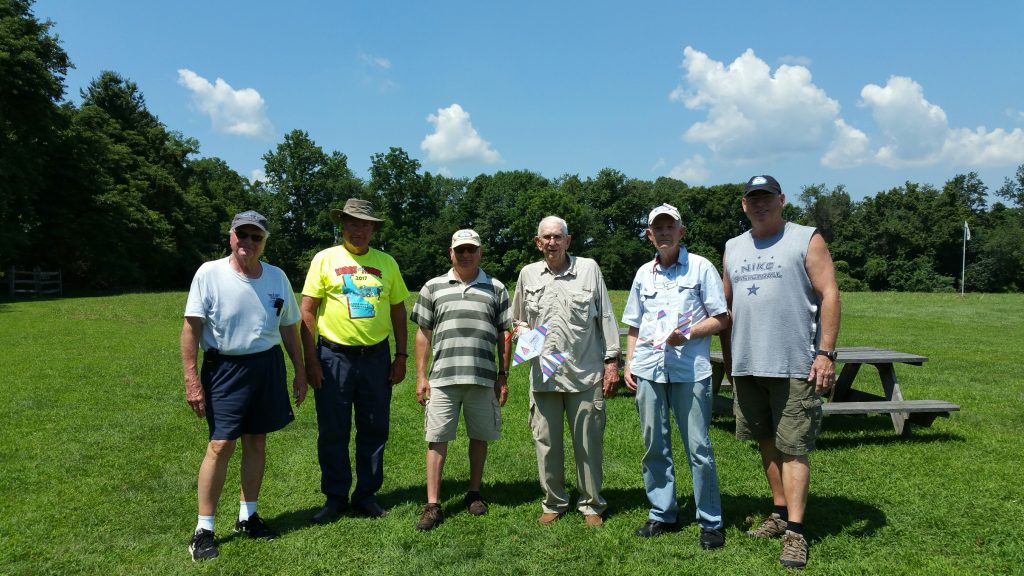 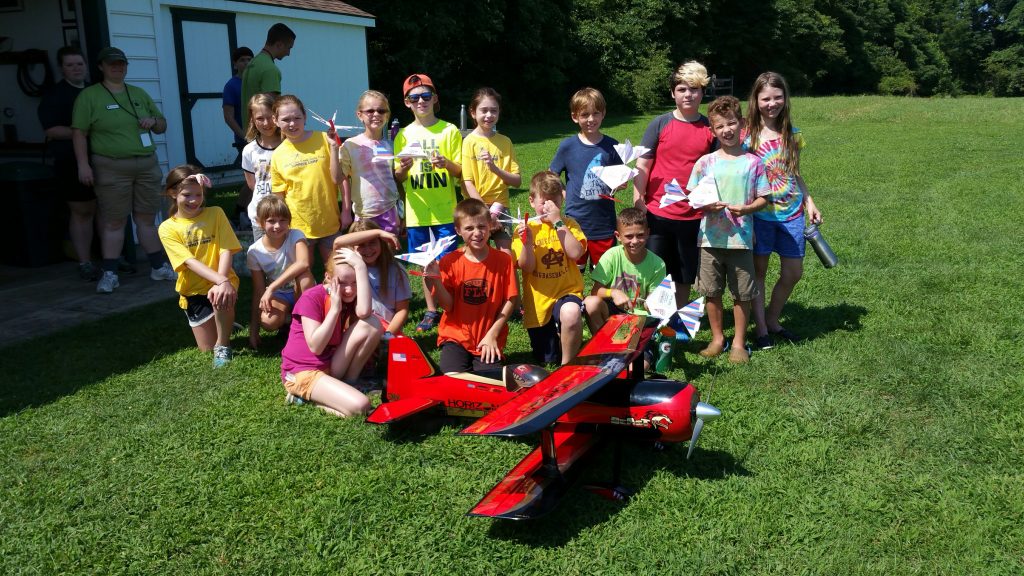