The 2nd annual Silent Knights Soaring Society Open House was well attended, despite threatening weather. It was overcast, but warm, and with light winds so every type of glider or electric aircraft could be (and was) flown safely. Conditions were even good for the slowest-flying airplane of the day: a Leisure ‘Playboy’ vintage design.

There were three competition “2-meter” hi-starts in use, but the majority of gliders were powered by electric motors.

We had visitors from 3 or 4 regional model flying clubs and several non-flyer visitors turned up to watch and ask questions.

A model Flight Simulator was set up in the clubhouse and tried out by a few visitors.

One 12-yr old received flight instruction using buddy-box flying (dual control of an electric powered glider)) and then decided to join the club.

Walt and Ed flew “DLG” models (discus launched glider) in which the flyer uses a special technique to throw a small but sophisticated glider up to a good altitude to begin soaring.

Ed again set up a great lunch operation with hot dogs, warmed buns, pulled pork, potato salad, and all the fixings. I don’t think Ed had time to do much else …while the rest of us had fun.

The President and Vice-President were each given “3rd Hand” devices, made by Justin McKinley, as recognition of their work on behalf of the club. These devices are quite scary looking but I’m told they are also useful! (see photo)

Tony N. organized and presided at a raffle for various donated items and there were a few models for sale, as well as a large number of electric-type propellers that were given away by a visitor!

So everyone had a good time…except for one chap, Nate, that I tried to help to test glide his new “Bird of Time” glider. However, between the two of us we only managed to break the wing fixing dowels with a heavy landing. Oops, but this can be easily repaired. 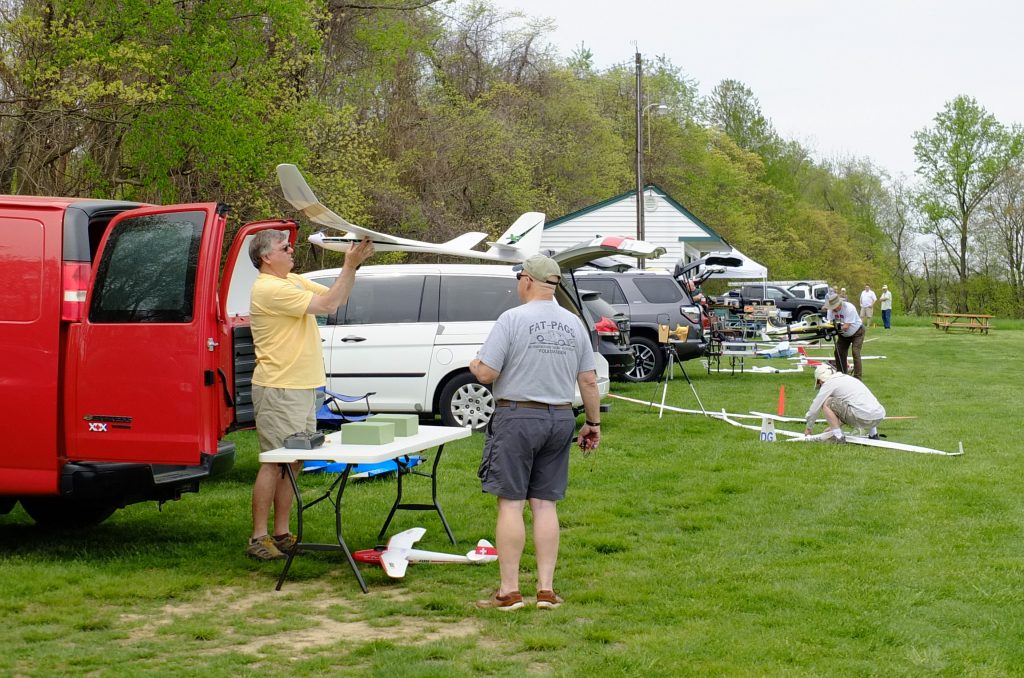 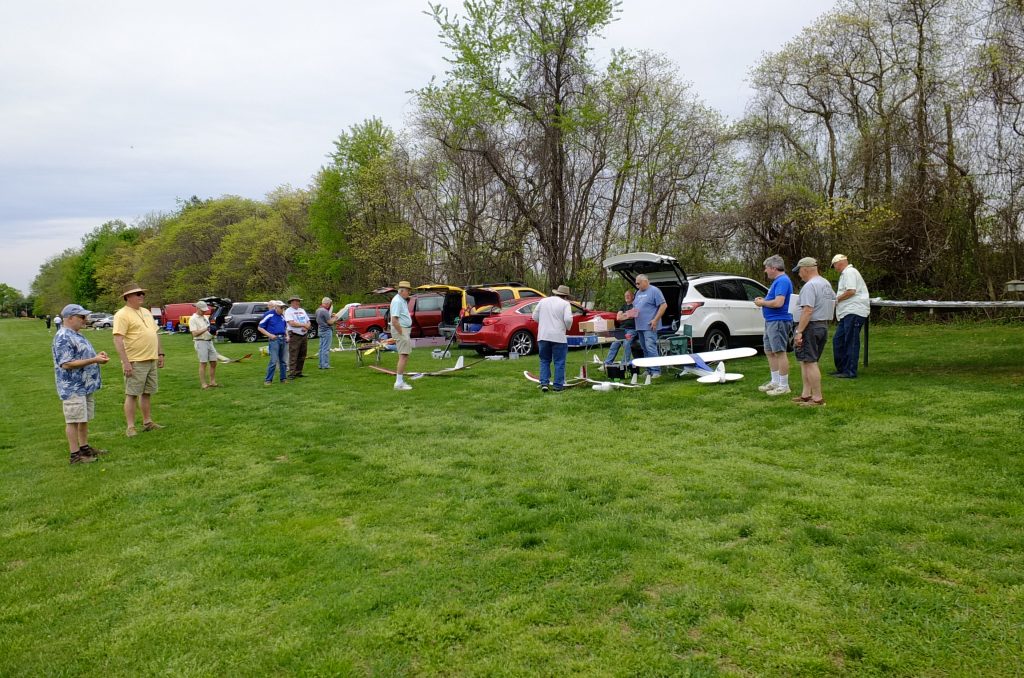 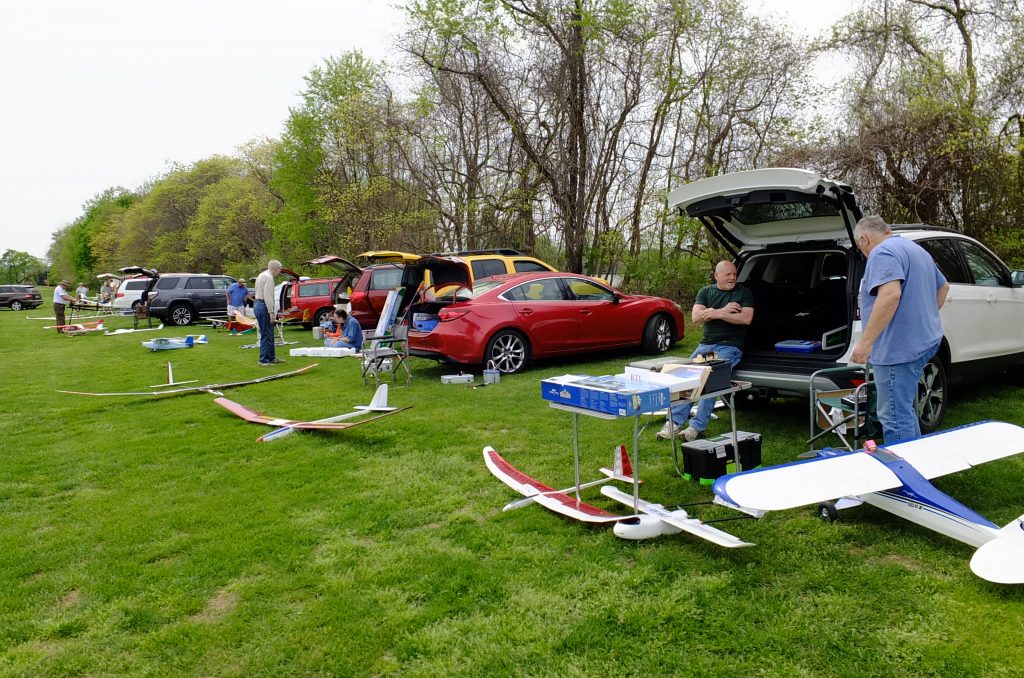 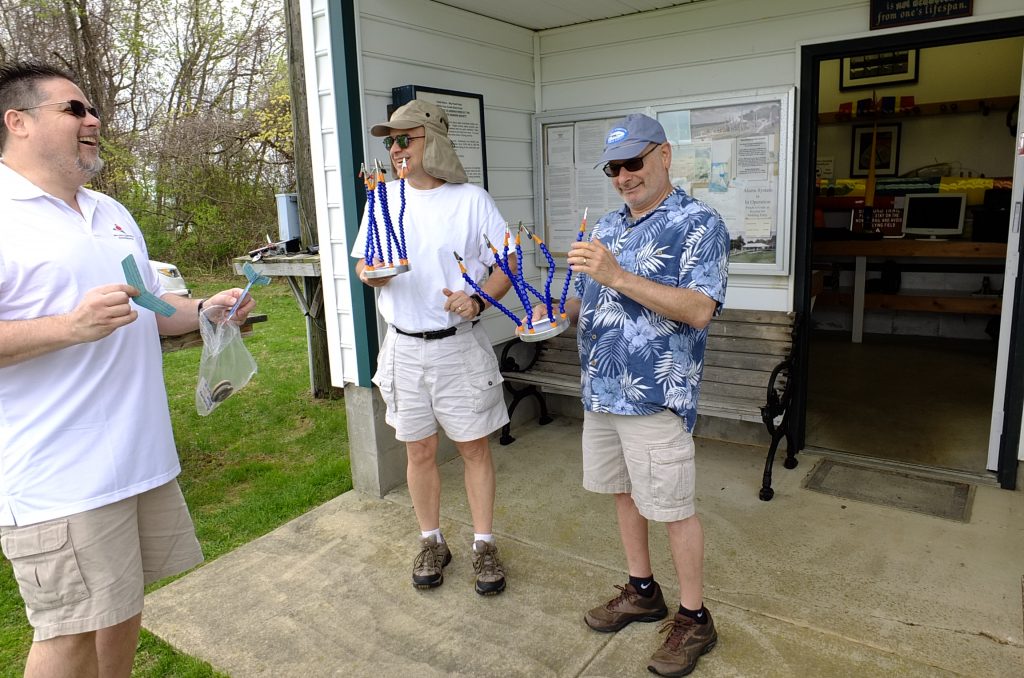 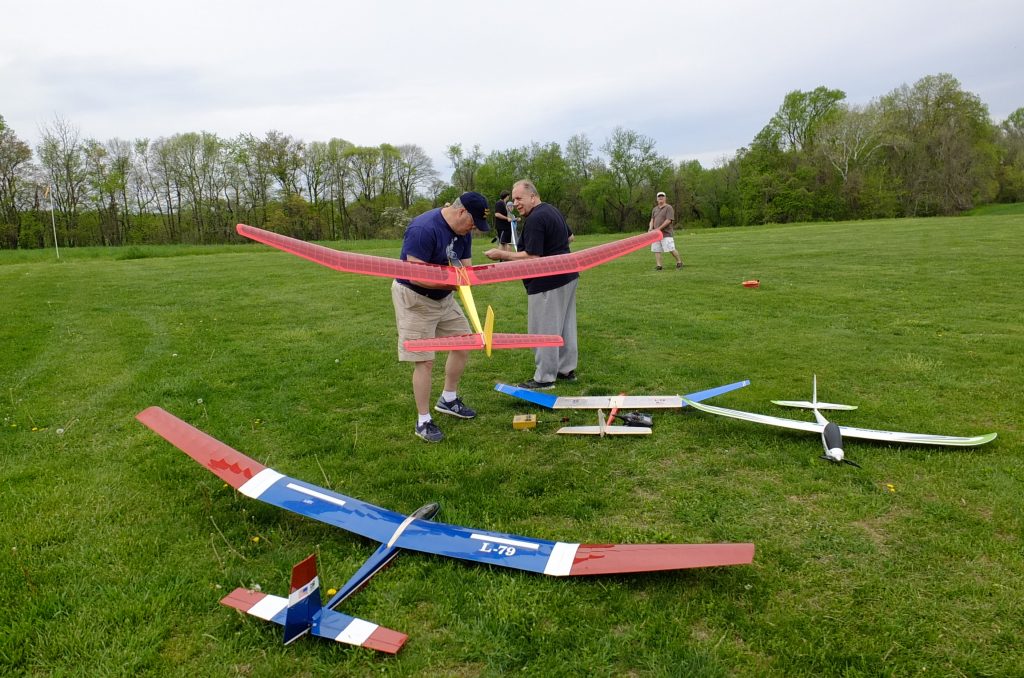 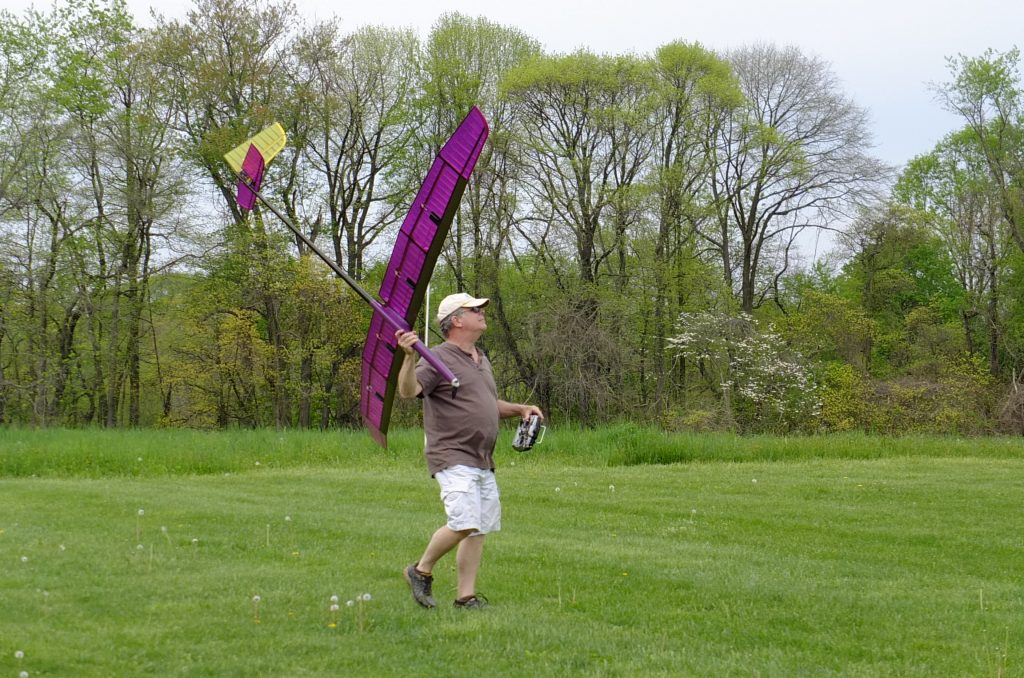 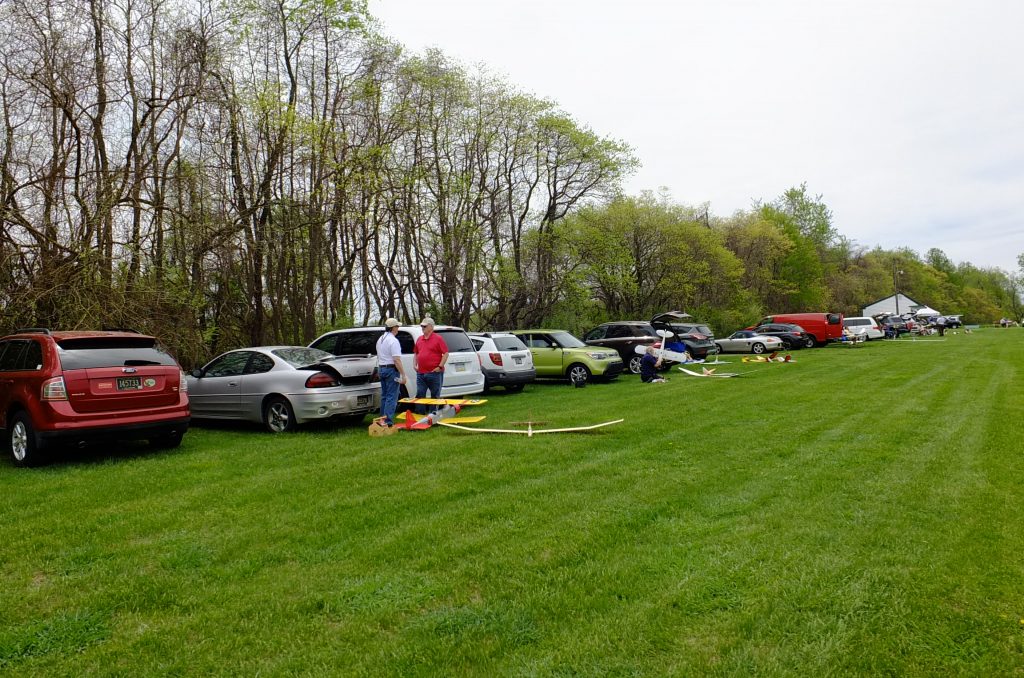 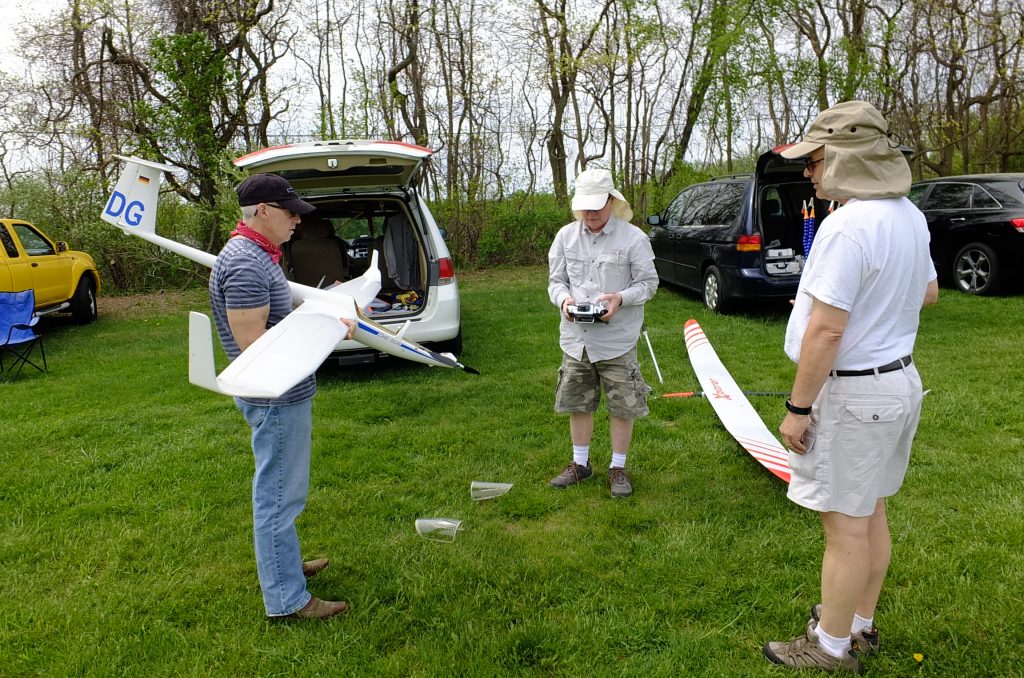 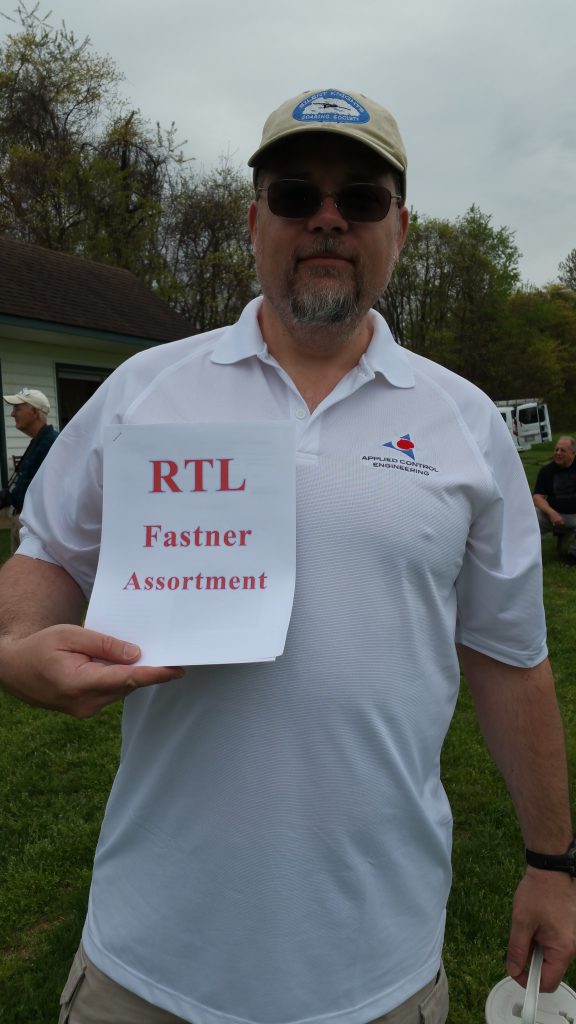 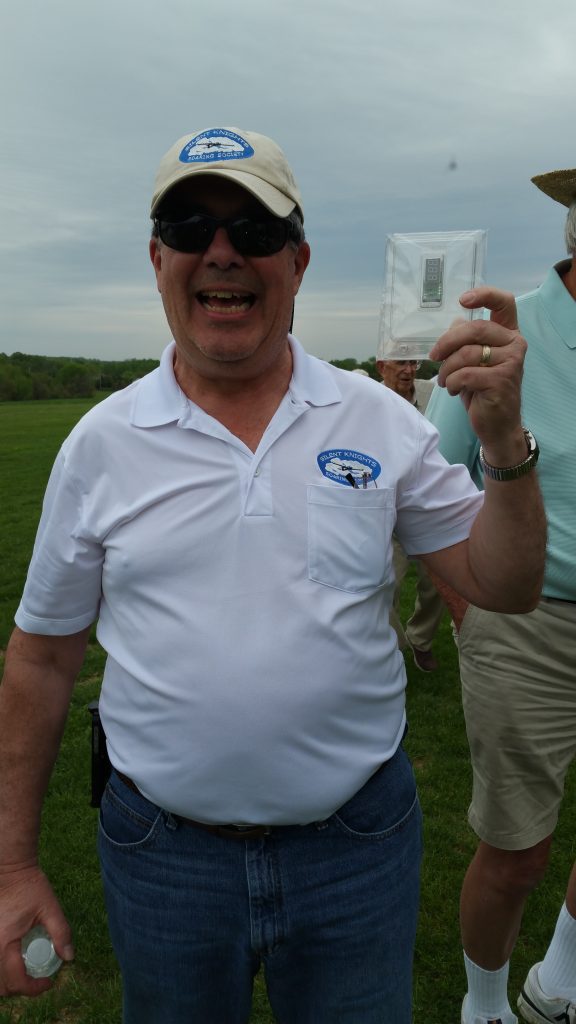 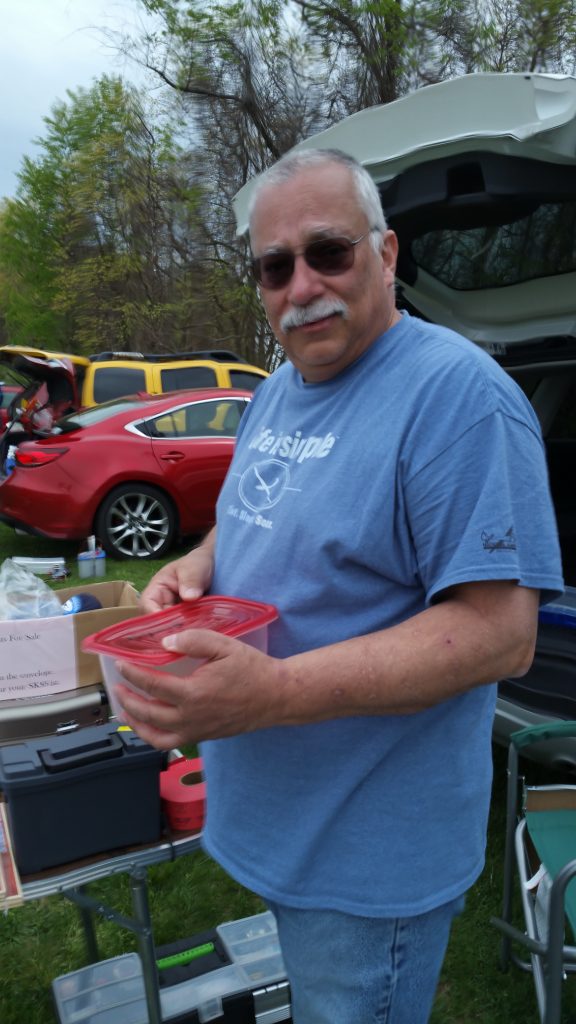 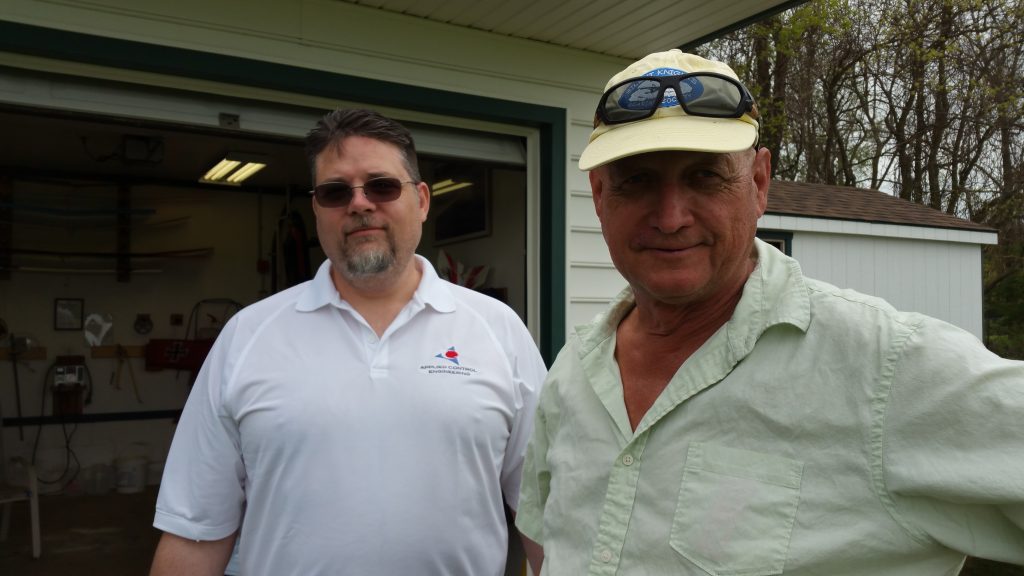 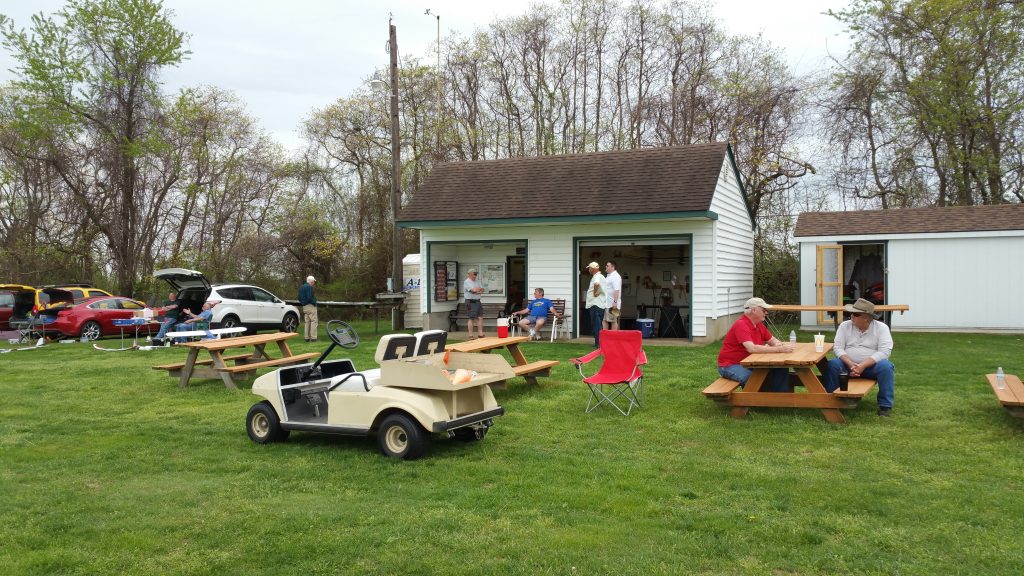 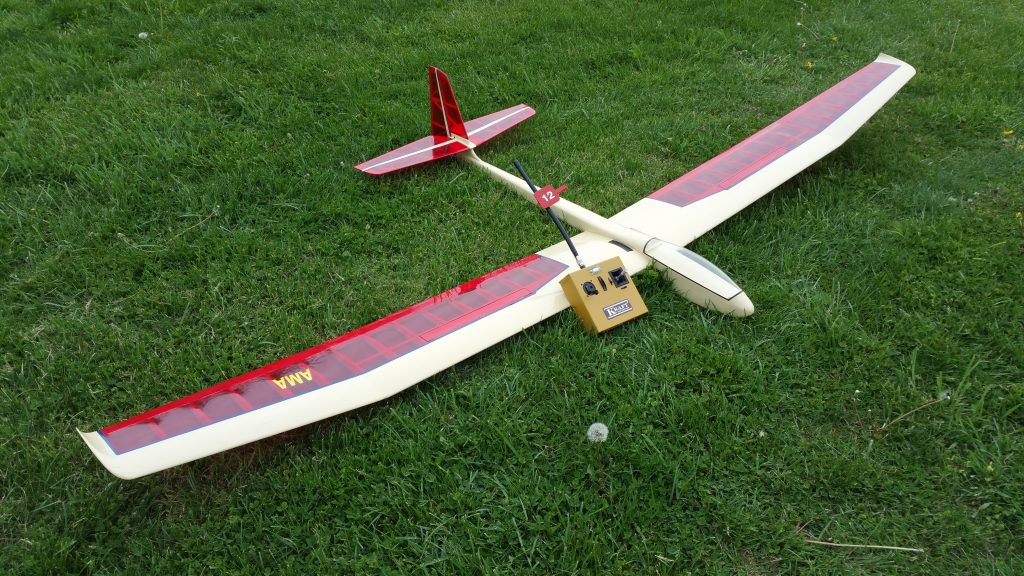 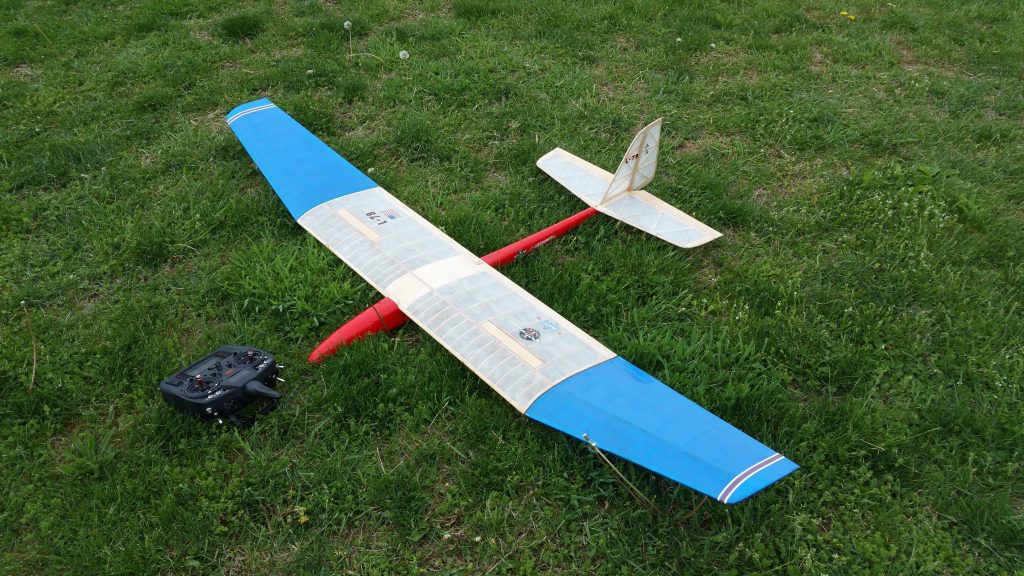 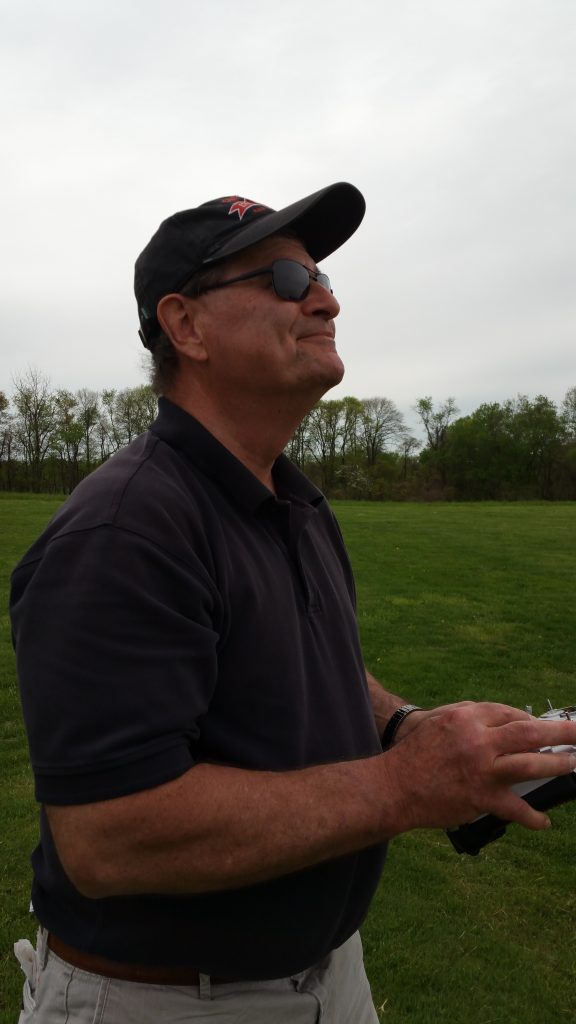 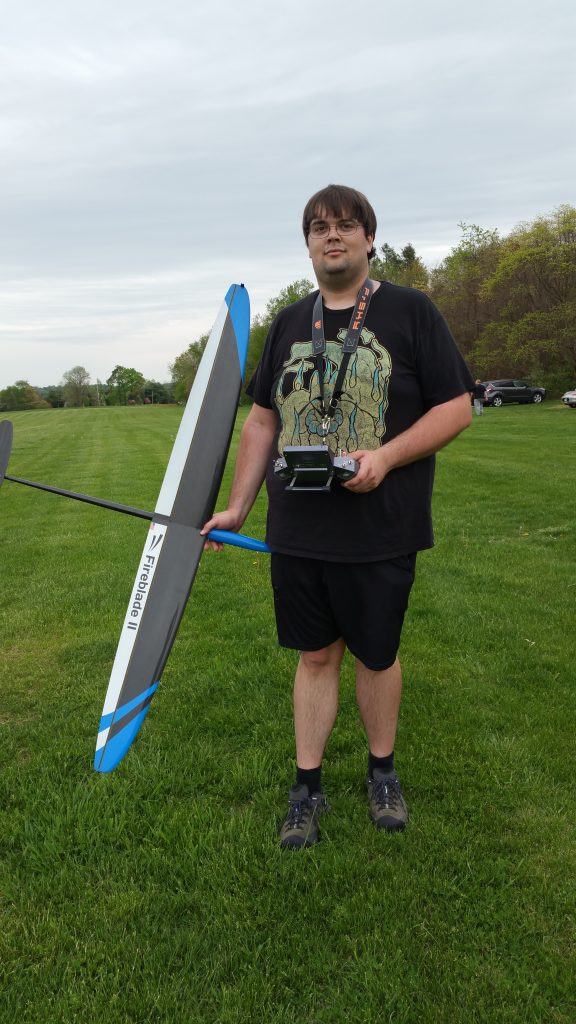 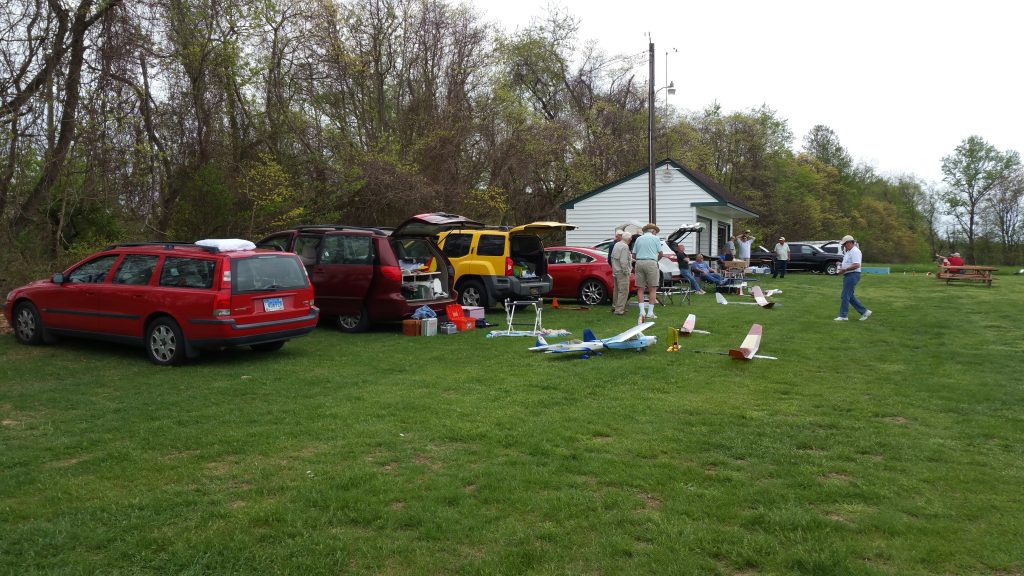 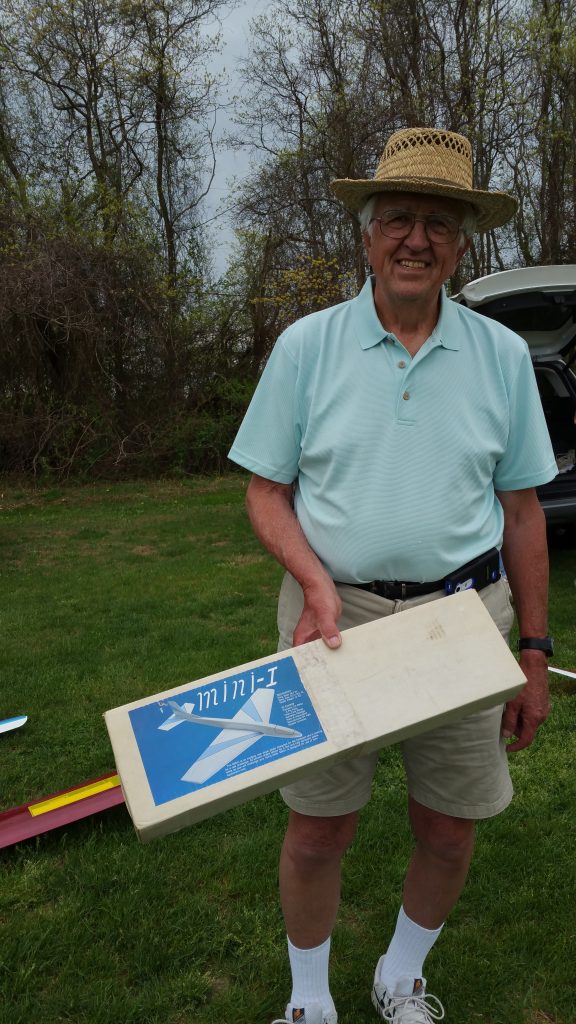 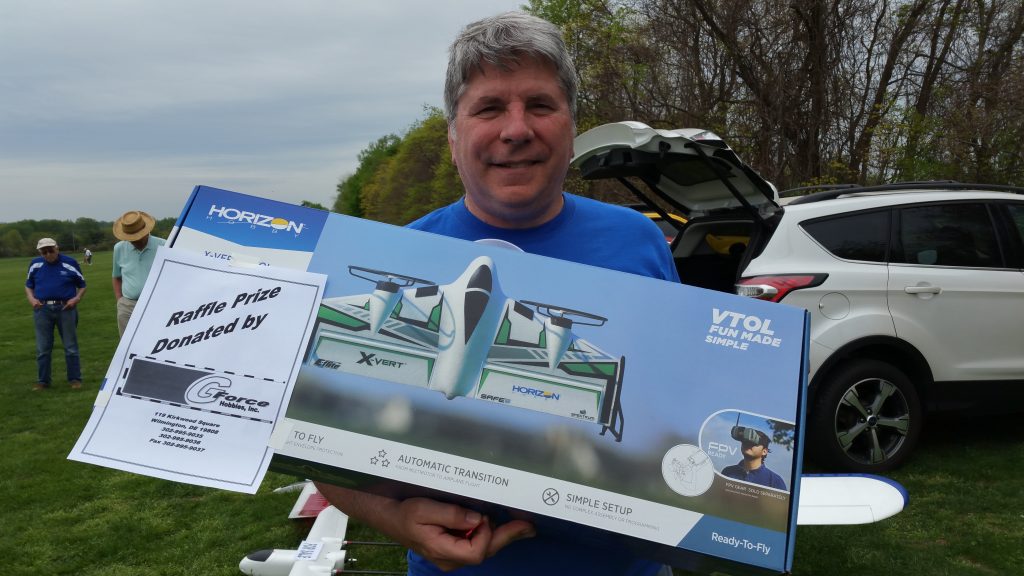 We had the open house over the weekend and it was a great success. The day was overcast and the lift was a bit soft but some soaring got done anyway. A few guys ran an impromptu ALES contest.

We had some members of nearby clubs and some people from the local community show up. We even got a new member, a 12-year-old boy that is totally in love with airplanes. It didn’t hurt that Justin McKinley had him on a buddy box.

I flew hand launch with a visitor from Detroit and gave my Tower Hobby Riser it’s maiden flight. Can’t wait for our first one-design contest with the Risers. Mine flew much better than I expected.

Thanks to Terry Lisansky for organizing the event. Ed Filkins did his usual excellent lunch. Ed always works hard and makes it look easy. Tony Nunez spent the day selling raffle tickets. Between Ed and Tony I think something over $300 was added to the club’s treasury! Other members spent the day helping out and I’m sorry if I haven’t mentioned you.

We’d like to thank G Force Hobbies and RTL Fasteners for their generosity in providing some of the raffle prizes and helping to raise money for the club.