Dennis Brandt put his more than fourty years of modeling experience into this Delro Super Dimona.

Some German speaking Knight had the honor of establishing contact between Dennis, Delro and the Austrian club of the full scale. It clicked – Dennis got more than 50 detailed pictures that allowed him to build this museum quality jewel.

After 21 months of work it is finally ready to fly this Saturday at Visalia. This is the most time consuming model I have ever built. Used MKS HV servos throughout, Hacker A60L motor, Castle HV85 ESC, two Dinogy 6s 6600 Lipos in series for a 12s system, and two Hyperion 3800 Life packs for flight controls. The wings are foam Obeechi with D-tube carbon sandwich, with a thin coat of West epoxy mixed with their lightweight filler block sanded, multiple layers of white PolyPrimer were sprayed and sanded on the stab and rudder as well, painted with PPG Concept base white and then block sanded with 1000, and then machine sanded with 1500, 3000 then 5000 grit pads, then of course polished with Mequiars automotive finishing products. Just about everything in the cockpit is handmade except the instrument cowl, instrument panels came from Mr Noll in Germany, I made a mold for a much more scale seat pan as the piece that came with the kit wasn’t anything near the right shape, this allows the pilot to sit at a more scale location, also made a mold for the rear package tray area as that is a huge hole that needed to be filled, I shaped the two center console pieces from balsa and made all the levers, knobs etc. the throttle. choke and other levers are movable, I made the spoiler sticks and the control sticks. Now to the canopy- I estimate between 200 to 300 hours on the canopy frame and its operating struts, rear outer hinge/strut, and the real bugger was the red levers that have operating internal locking pins that secure the rear of the canopy assembly, the front locking pin is hiding under a oil level inspection hatch in the front cowl. Most of these items I made at least twice since I first did not intend to have them functional, but of course I found that I could indeed make them an operating piece like the fullsize. Under the engine cowl I was determined to have the Lipos as far forward in the nose as possible with access through the cockpit, the instrument panel simply slides out allowing full access to the rear firewall. I made a plug/mold to create a battery cage which is glued into the firewall, pictures give a good idea. I’m sure I left out some of what I did, so ask any questions you all may have. I really had to use all my 40 years of building knowledge on this Dimona, it really threw some curves at me. Oh and props to Dan Fitzgerald who made the blue seat cushions. More to come as I think of it. 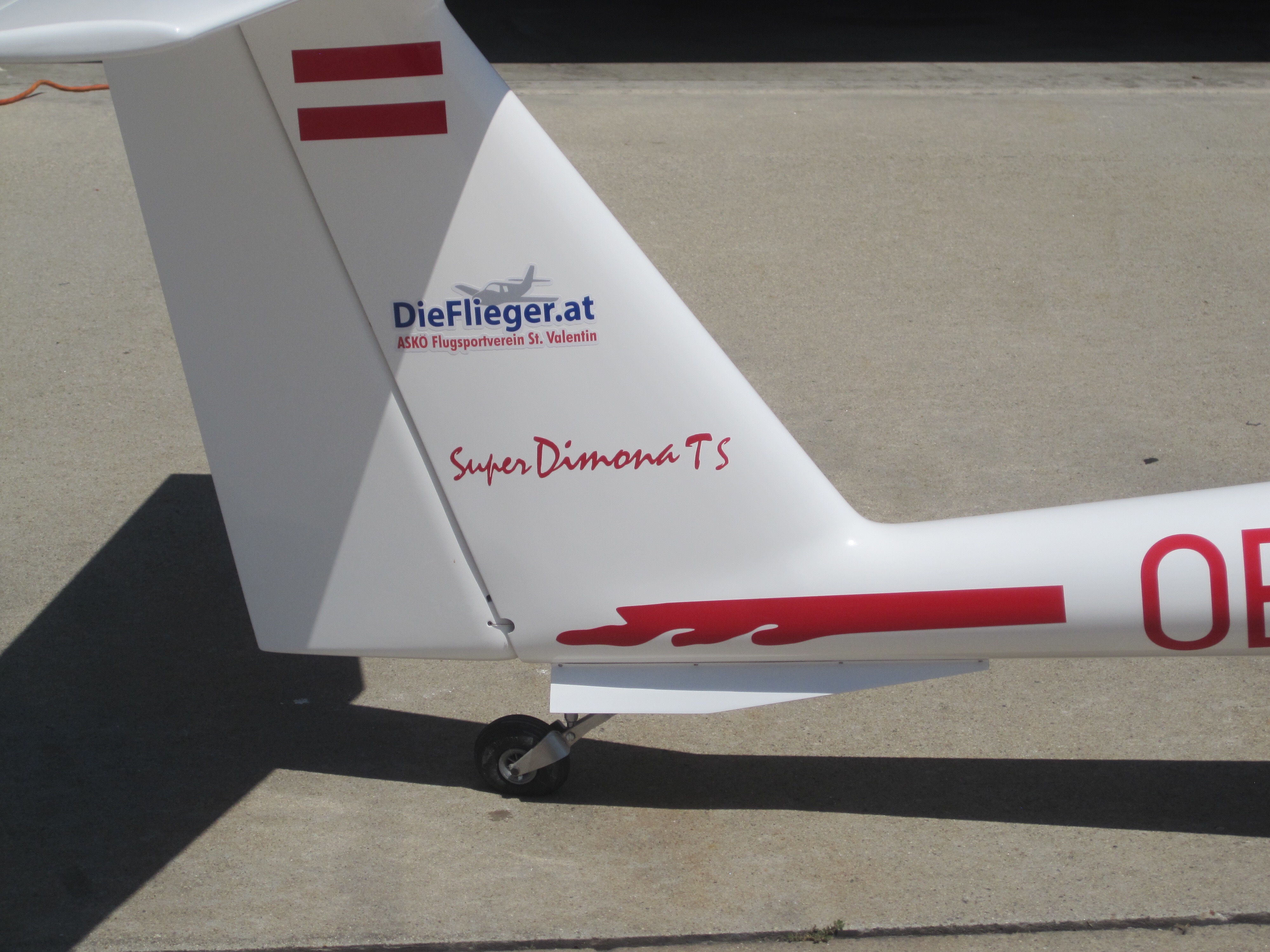 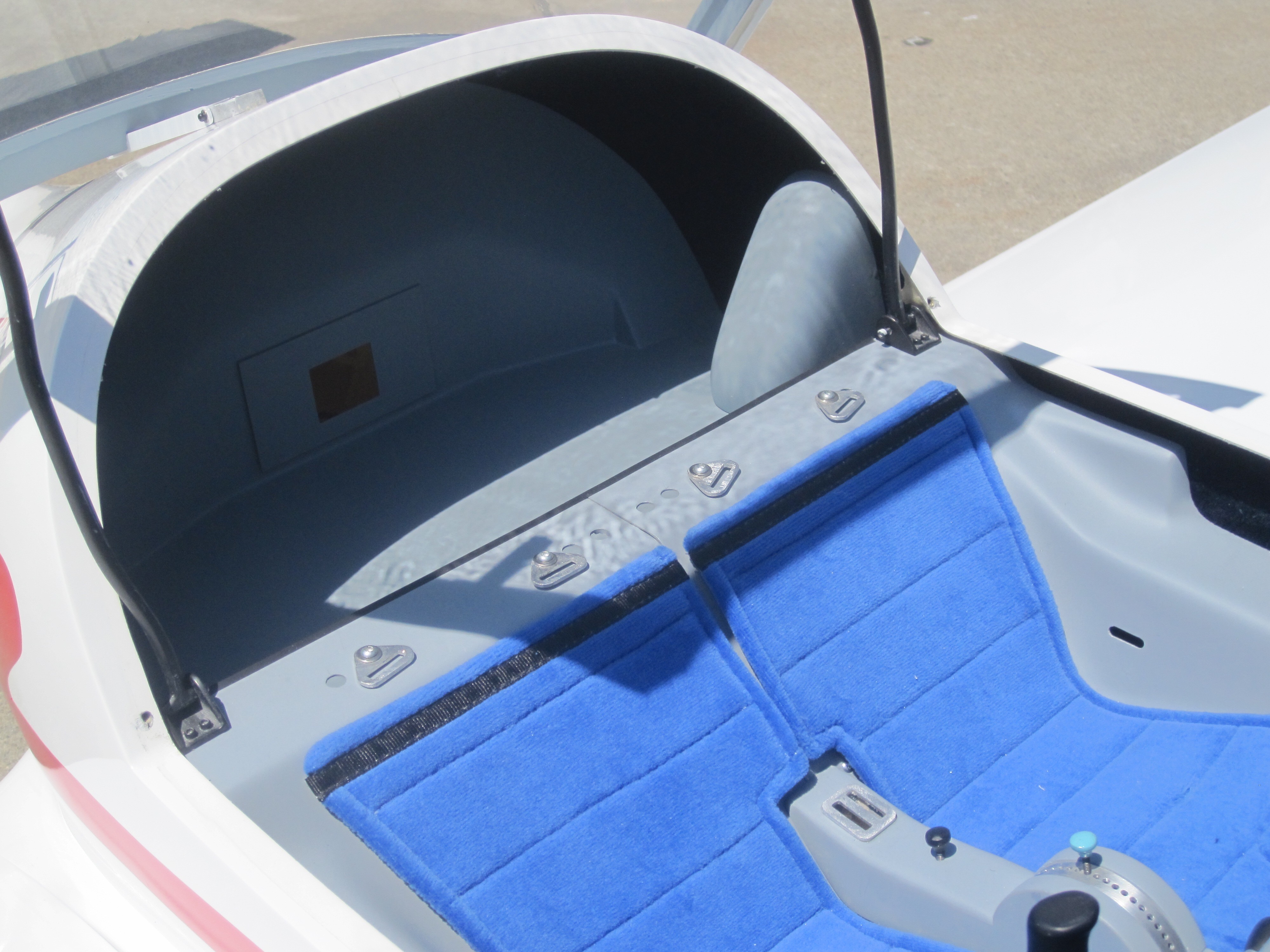 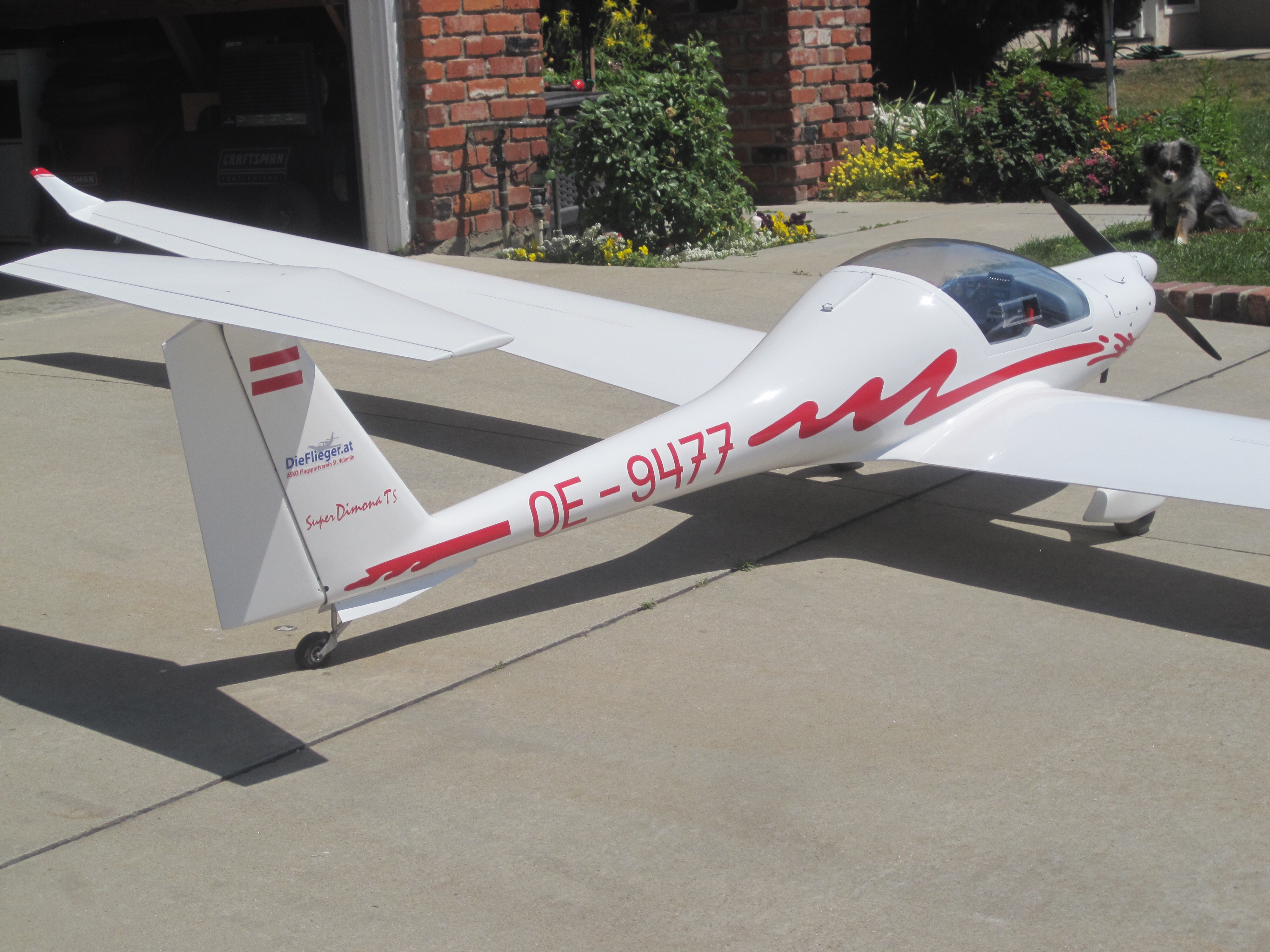 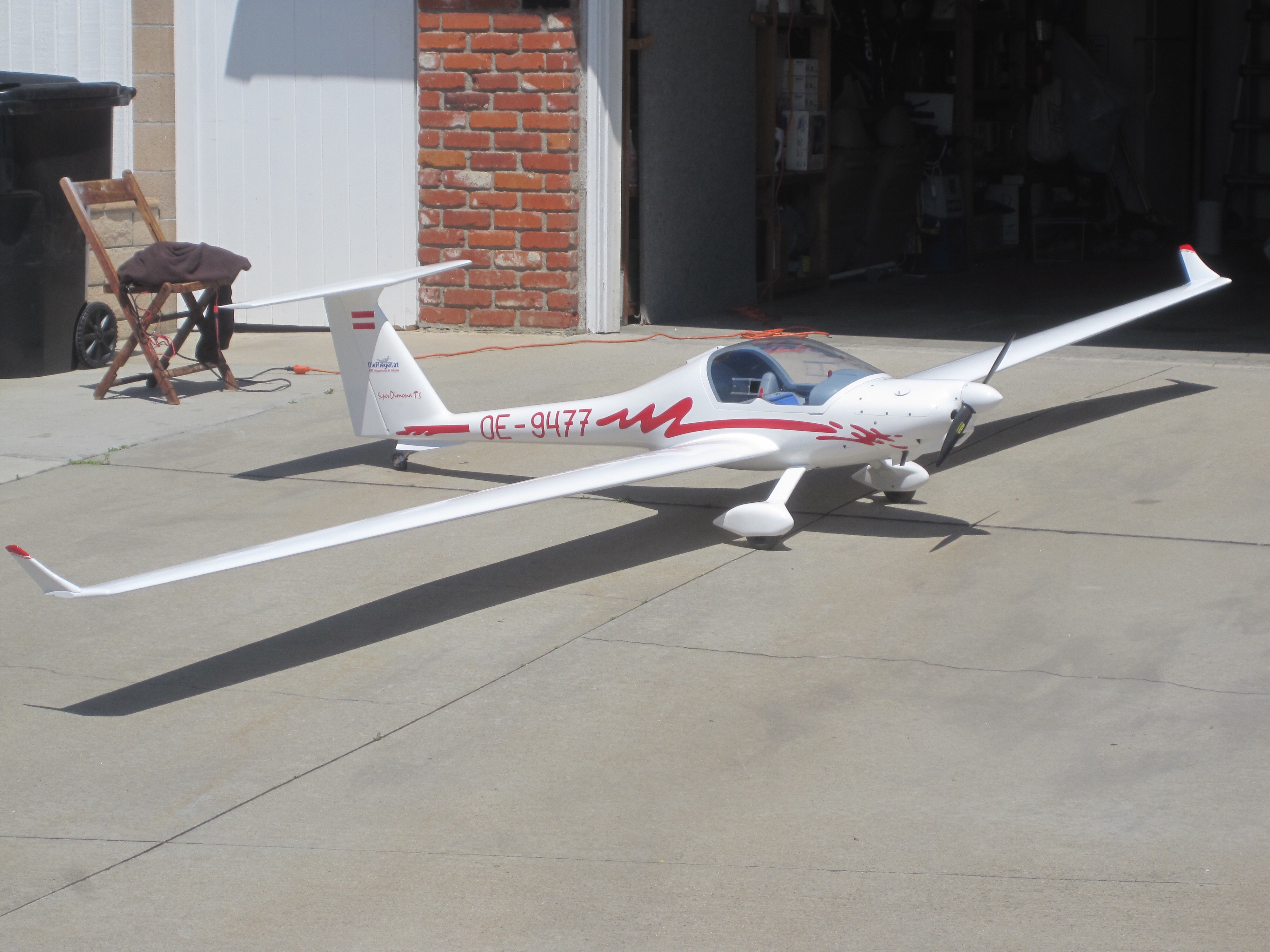 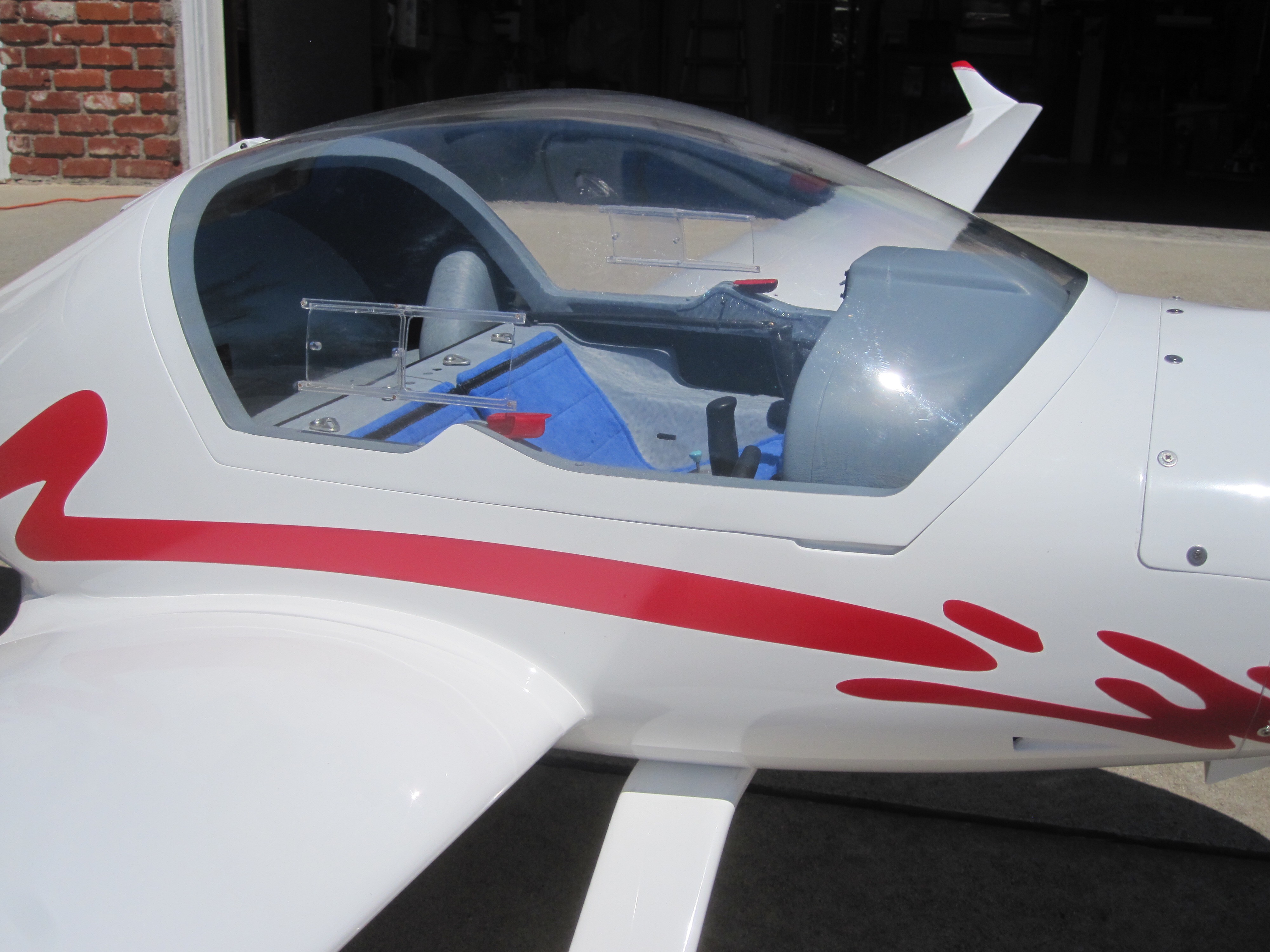 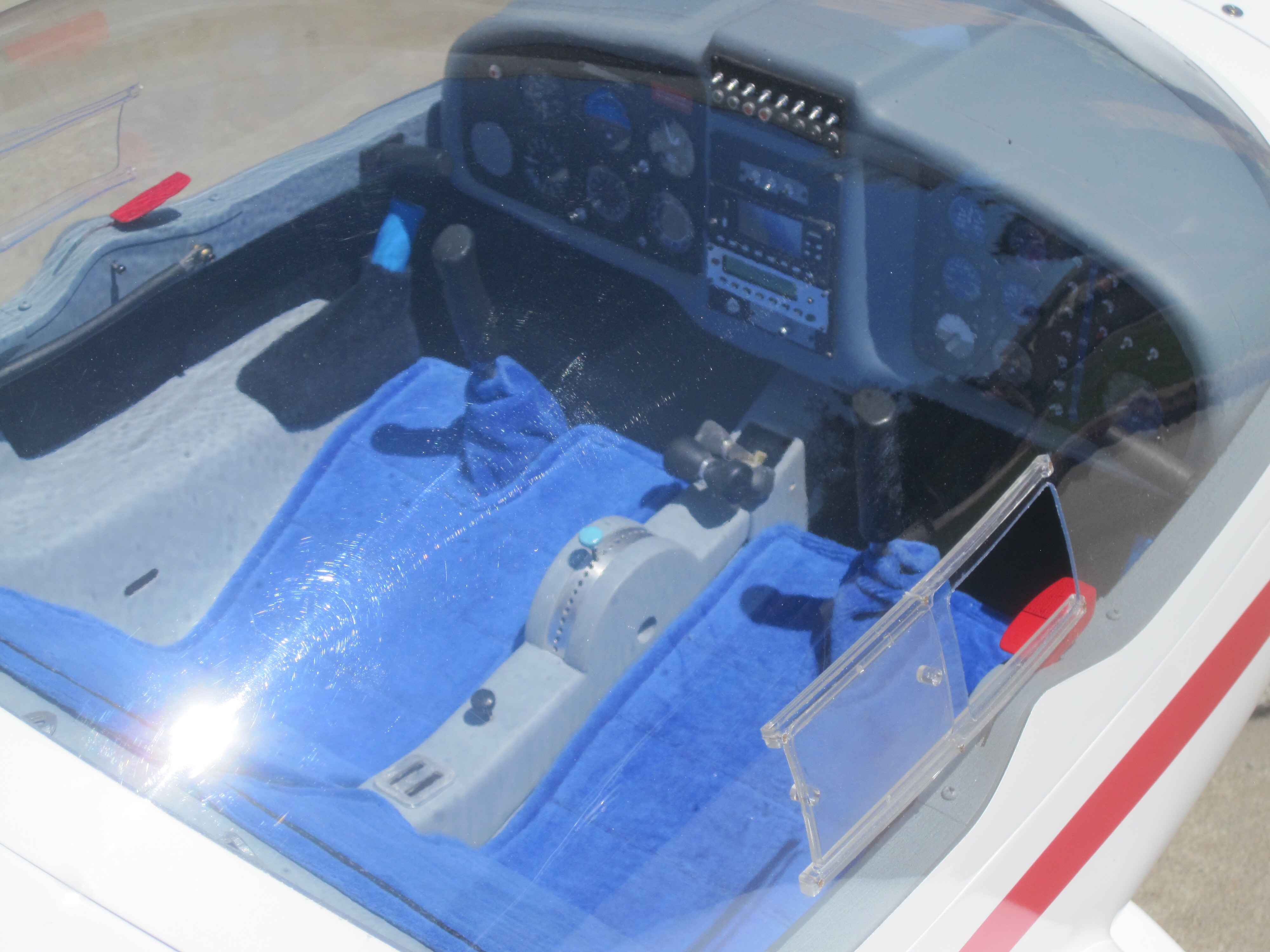