What a wonderful day to test fly a new airplane or radio system!  When I arrived at the field, Jim had already set up the highstart.  We were joined by Newt  shortly thereafter. 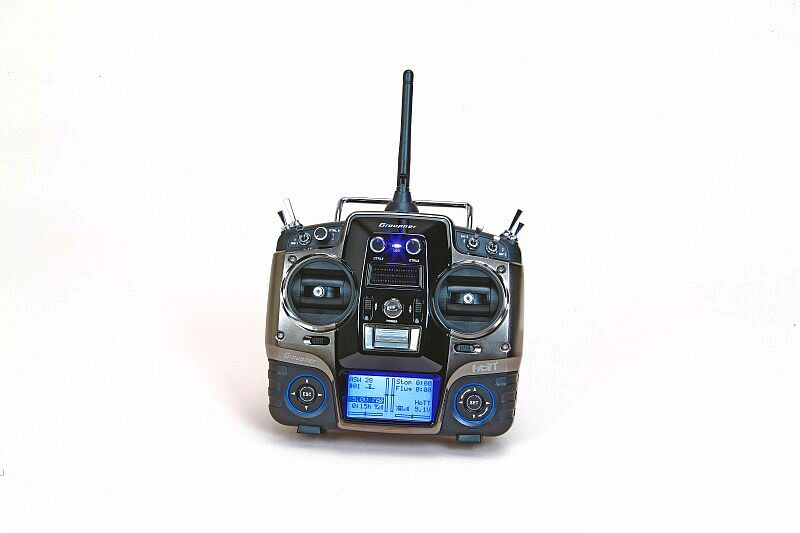 I had installed the receiver (12 channel) that came with the radio in my trusty Vision thermal duration glider.  Sandy at Graupner USA was a pleasure to deal with.  The radio system is delivered with the 12 channel transmitter and a 12 channel receiver already bound at the factory.  All I had to do was to adjust the ratchet and stick neutralization for the left stick (I fly mode 2).  The manual is the best I have read so far for any radio system (JR, Futaba, Spektrum, Multiplex).  It is delivered in print and also as a file on the included 2GB SD card.  I was able to set up a program for my Flying Special 5000, a scale glider and the Vision in about 75 minutes.  Not bad at all.  None of them required any programming of mixers, as the radio software has pretty much all configurations covered, including the 8 servo wing on the FS5000.  The radio has outstanding telemetry capabilities.  It displays the receiver battery voltage and you can set a ‘low alarm’.  That alone was worth it to me.  In addition, you can add various sensors, e.g. a vario, a vario/GPS, etc.  They are very competitively priced, as is the radio.  The sensor / vario data is stored on the SD card and can be visualized on a personal computer.  While I am currently using the provided 4-cell 2000mAh transmitter battery, it will run from the available 1s6p 6000 (six thousand) mAh LiPo.

I now have about two hours of flight time on it a really like it.  It got many favorable comments regarding functionality, ergonomics and looks.  The display was easy to read in the bright sunlight without and with (polarized) sunglasses.